BRADLEY’S ROUT 66 IS THE HIGHWAY TO VICTORY 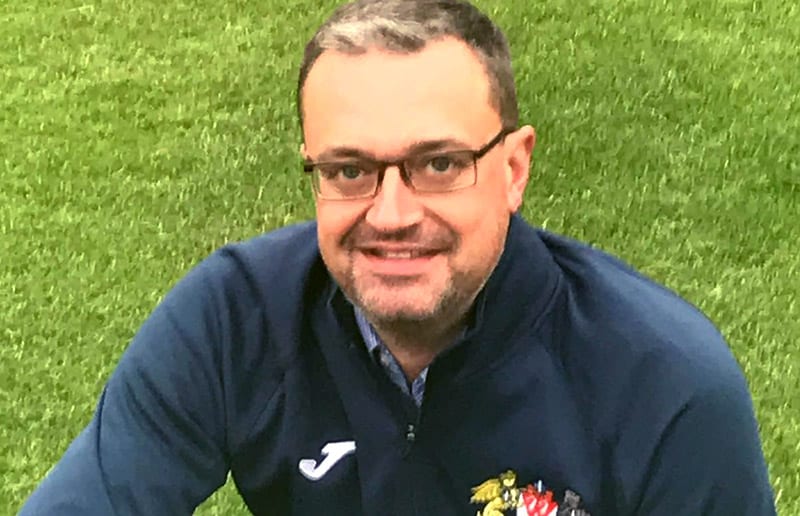 Andy Bradley’s 66th five-wicket haul for the first team, followed by Danny Pawson’s unbeaten 68, guided Prestwich 1sts to a six-wicket win over Royton on Saturday.
Despite the comfortable margin of victory, there were a few potential potholes to negotiate, especially as Royton looked set for a taxing score when perched at 103 for 1.
Pro Khurana struck a fine 70 – but wickets began to tumble frequently at the other end when Lovell was dismissed by Bradley for 40, who returned 5 for 38, while spin partner Ali Azmat took 3 for 52.
Royton’s cause was not helped by a marvellous direct hit from the boundary edge by Ryan Stanbury to run out Greaves.
In reply, Prestwich made 30 in 5 overs, but at a cost of 3 wickets. Azmat got his side back on track with a belligerent 47, but it was Pawson who latterly took up the mantle, notching his first half century for the club.
On Sunday, the whites were disposed of for the first round of the GMCL Cup and Prestwich took the field sporting their new kit of blue and purple, and it left Bury feeling somewhat off-colour.
Stanbury’s opening blast of 5 for 17, supported by Pawson’s 3 for 22, had their rivals teetering at 26 for 8, before a mini revival saw the total nearly double, ending on 51 all out.
Prestwich lost openers James Wharmby (13) and Lee Dale (19) in securing their place in the next round.
The 2nd XI had a tremendous win away at Glossop 2nds on Saturday, winning by a hard-fought margin of 24 runs.
Lewis Smith top scored with 67 and Dan Ahern struck 60 as they combined in a stand of 140 to help post a total of 229 for 9.
Then skipper Peter Lorenzini grabbed 4 wickets, and Qasim Memon took 3 for 76, before youngster Luke Prescott took the final wicket to leave Glossop 205 all out.
But it was Luke’s batting prowess which shone through on Monday during the 3rd team’s magnificent victory over Greenfield 3rd XI.
Facing the challenging total of 195 for 4 set by the visitors, in which former Prestwich player Mark Berry made an unbeaten 91, the Prestwich reply saw 14-year-old Finlay Lester open the innings together with 13-year-old Luke, surely the youngest pair to open an innings in a senior game for Prestwich.
Prescott struck a superb 71, with captain Steven Lorenzini making an unbeaten 75, leading his side to pass the target with 5 balls to spare, aided by a six and a four from Umar Arif.
The day before, Oldham West were made to fight tooth and nail to overhaul a target of 142 for 8 set by Prestwich 3rds, with Lorenzini again at the helm, hitting 48, ably assisted by 45 not out from Karl West.
Some good bowling was not quite enough to stop Oldham West emerging victorious by 4 wickets.
Overall, an excellent weekend for the club’s three teams.