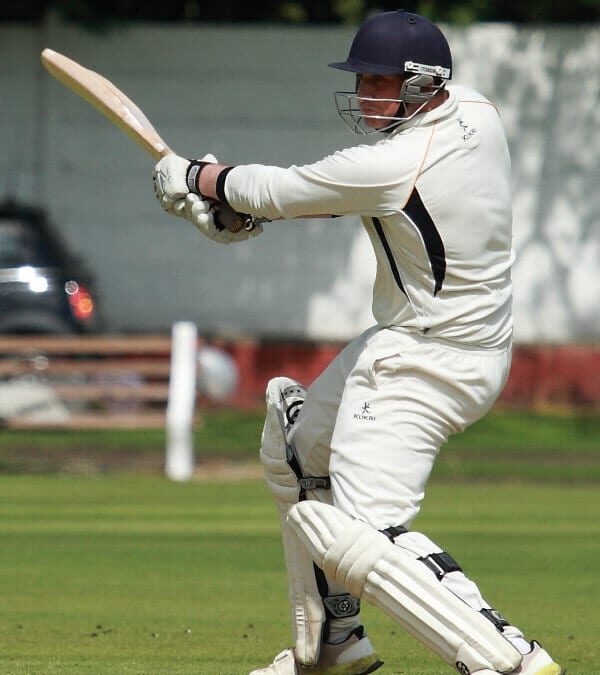 Prestwich 1sts, 2nds and 3rds all notched up excellent wins last weekend.
The first team grafted to a four-wicket victory which put them up to 5th place in the league, almost ensuring their Premier Division status.
A determined unbeaten knock of 46 from Danny Pawson, despite sustaining an injury which forced him to have a runner, was at the core of their successful run chase.
Ryan Stanbury’s 5 for 41, and three wickets from Andy Bradley had restricted visitors Egerton to 142 all out.
Prestwich were in a spot of bother at 60 for 5, but James Wharmby (27) dug in with Pawson to halt the slide, before Tom Gibson partnered Pawson across the winning line.
The 2nd team chalked up a magnificent win over Micklehurst 1sts, chasing down a total of 214 all out. Adam Cheshire was again in the thick of the wicket-taking with 6 for 52, and Umar Arif returned fine figures of 3 for 34. The backbone of the total was the innings of pro Darrio Belle who struck 129 not out.
Adam Taylor’s half century set up the foundations on which Jack Doyle (65 not out) and Luke Prescott (40) flourished in a superb partnership, sparking a six-wicket triumph with 10 balls to spare.
The 3rd team suffered a setback on Sunday when they lost by 5 runs in a thriller at Greenmount.
The hosts were dismissed for 179 all out: three wickets each for Umar Arif and Uwais Khaliq.
Lewis Smith made 51 and a late flourish from Anees Arif took the side to the brink of victory before he was last man out, caught at the boundary edge, for 23.
Amends were emphatically made on Bank Holiday Monday thanks to two teenage centurions. Seventeen-year-old Jack Doyle cracked 143 and Luke Prescott 102 not out – his first senior team century at the age of just 13. This helped stack up a total of 267 for 4 against Springhead 3rd XI.
Josh Ahern grabbed 5 for 30 – aided by a marvellous overhead catch from Anees Arif – and Uwais Khaliq took 3 for 4 as the visitors were bundled out for 82.
This leaves a compelling end of season race for the Sunday Premier Division title as 10 points cover the top six who all play each other once in the final five games of the season.
Prestwich 3rds currently lie second, one point behind Whalley Range 3rds, who are the opponents this Sunday at The Heys.