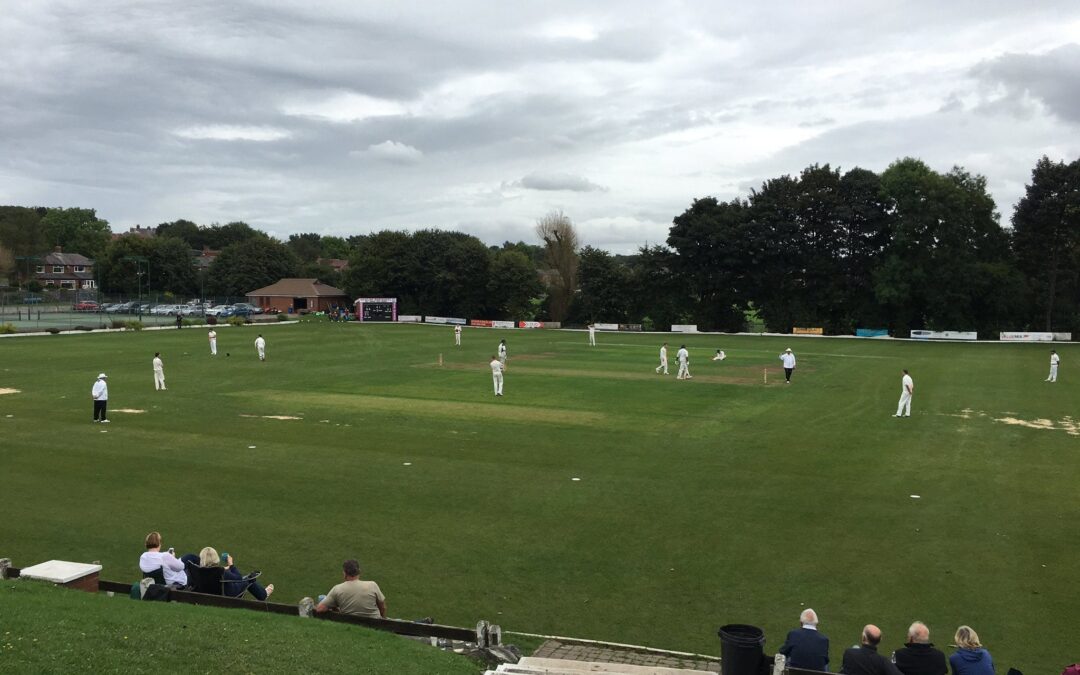 The 1st team got back on the winning trail after last week’s fireworks at Flixton were replaced by grit against Greenfield.
Hard graft was key as Prestwich’s total of 133 would not normally be a base for success.
But it was a day for focus and application rather than frills and exuberance to grind out victory.
Ryan Stanbury top scored with 30, but the key partnership was the last one between Tom Scott and debutant Matthew Cuthbert.
Cuthbert became the 368th cricketer to play in Prestwich first team since World War Two and he made his mark. He came to the wicket with his side at 104 for 9, but with Scott – not for the first time hitting valuable late-order runs – making 23 not out and Cuthbert cracking a six in his innings of 8, 29 vital runs were added between them. Cuthbert was to later run out Joe Hepworth with a direct hit to cap a fine debut.
Stanbury and Andy Bradley took a stranglehold on the Greenfield reply, grabbing 3 wickets each in their 15-over spells (Stanbury 3-22, Bradley 3-42) and the visitors were dismissed for 107, 26 runs adrift.
The 2nd team gained a farcical hollow victory against Elton Vale 1sts when the opposition did not have enough players turn up and the match was forfeited to Prestwich.
On Sunday, the 3rds were involved in another nail-biting finish and agonisingly lost out by one run.
Fifteen-year-old Muhammad Arif spectacularly brought Oldham West’s innings to a sudden halt – at 92 all out – with not just a hat-trick, but taking the last four wickets in 4 balls.
He returned 4 for 2, while Karl West (3-21) and Josh Ahern (2-22) were the other main wicket-takers.
West and Ahern then proved the main contributors with the bat, both scoring 23, but Prestwich lost wickets at regular intervals and were dismissed for 91 off the final ball.