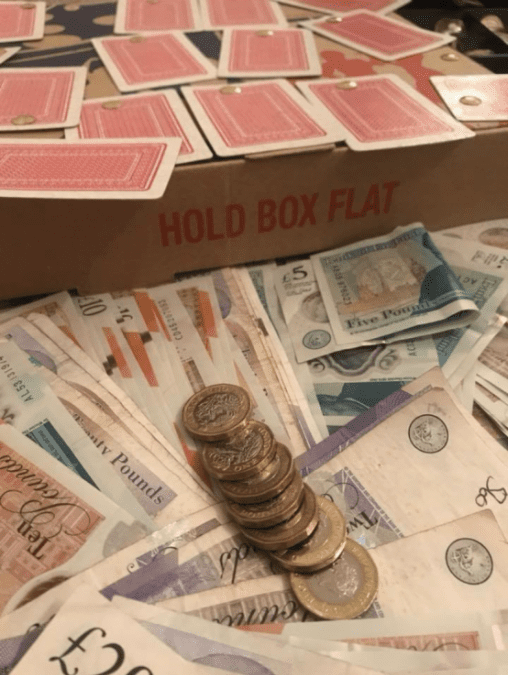 Last Saturday Lewis Jarvis was the lucky winner as he scooped the £1000 jackpot at the PCTBC End Of Season Do. Incredibly the joker was the last remaining card on the board, the board that began the night with a total of 23 cards on it!

9 bottles of Pink Gin and 13 x £20 notes were also won by participants on the night who were lucky enough to be picked out of the hat but unfortunate enough to not find the joker.

The raffles began in May, Sam Nelson was the first lucky Jackpot winner of the original set scooping £230 as he found the joker on Week 3. The new set began on Champions League Final night and ran through to week 4 at the 2nd Team Home Cup Semi Final. None of those rounds were Jackpot winners but each yielded two lucky winners a time, a £20 note and a bottle of pink gin which left the 23 remaining cards at the End Of Season Do.

In total an jaw dropping £1,610 and 16 bottles of Gin were won by 37 different lucky winners across just the 8 raffles that took place this year not to mention the lovely food that accompanied Saturday’s finale courtesy of Helen Hinchliffe.

PCTBC would like to thank everyone who participated in the eight raffles that took place across the summer and please lookout for it again in 2020.