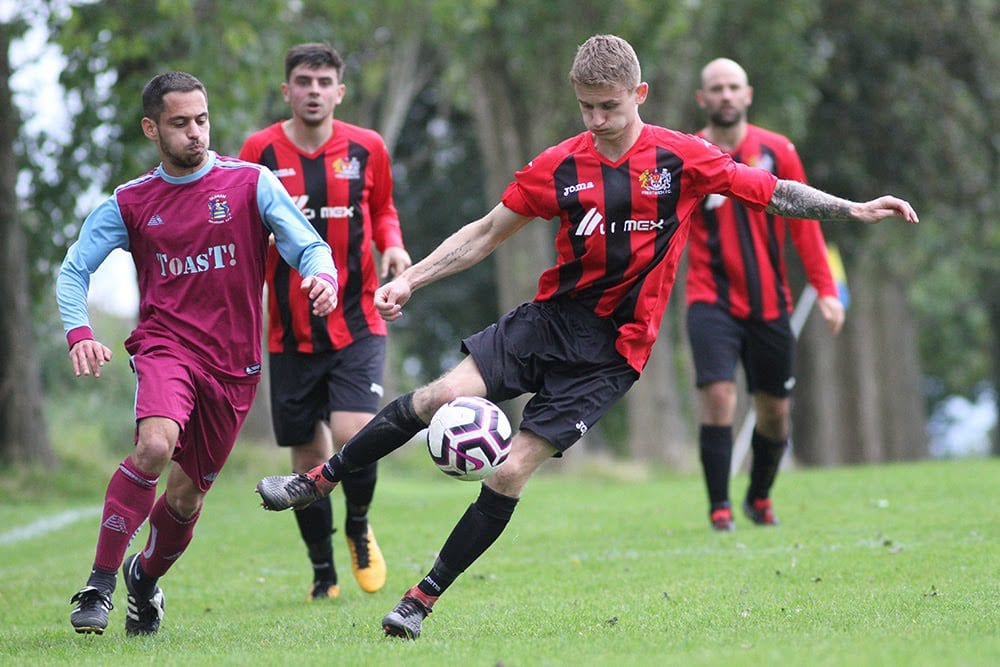 Prestwich progressed to the 3rd Round of the LFA Amateur Cup with a hard fought victory over a youthful but hard working and quick Oldham Hulmeians side playing in Division 2 of the LAL.

Playing with the slope, Prestwich made most of the early running and had a host of early chances which were on the whole well defended. Sean Haslam, Michael Neary, Callum Pragnell and Martin Hill all having shots blocked or saved.

Oldham did have a few sorties but only one effort that Micheal Hudson in goal dealt with easily.

In an open game Prestwich did look the most likely and Pragnell saw a curling 20 yarder come off the angle of post and crossbar and another tipped over by the keeper.

With the defence working hard to nullify a lively Oldham front line the pressure at the other end finally paid off when Haslam was released down the right, cut in and found Neary who turned his man and fired into the bottom corner on 27 minutes for 1–0.

Oldham pushed forward in search of an equaliser but the Prestwich rear guard of Lorenzini, Steadman, Campbell and Barlow restricted them to half chances and pot shots.

On 32 minutes Neary was replaced temporarily by Sam Holden after suffering a bloody nose, 10 minutes later he returned. With Matthew Brennan and Tito Miguel largely on top in midfield it was Prestwich who should have increased their lead before half time but again chances were scorned and poor decisions in good positions cost them the reward of a goal.

A fast paced half on a difficult and bobbly pitch came to a close with no further change to the scoreline.

The second half saw a determined push by Oldham, now with the slope, to get back into the game and with Prestwich starting the half slowly they were able to play much of their game in the Prestwich half.

After a period of pressure they were awarded a free kick on the edge of the box, a tackle that earned Steadman a booking. When Hudson failed to collect the resulting free kick cleanly an Oldham forward was the first to react and stabbed home the equaliser in the 52nd minute.

This galvanised both teams as Oldham pushed on for a second but Prestwich were also stung into a quicker pace of play.

In the following minutes both teams had chances but it was Prestwich who took the lead after 59 minutes when, for perhaps the first time, a threaded pass on the right was perfect for Haslam to run on to and he advanced into the area and sent a rasping drive into the top left hand corner for an excellent goal.

The rest of the half was an end to end battle as both teams searched for another goal knowing the next one would be crucial.

Prestwich were perhaps a little unlucky not to get a penalty when Barlow, after a great overlap on the left, cut inside his marker and was tripped but play was allowed to go on and the danger cleared.

On 70 minutes Holden replaced a flagging Barlow who had returned from holiday in the early hours, this saw Neary go to left back and Holden added strength and height to the midfield.

Haslam had another cracking drive tipped over the bar by the keeper and several other shots were blocked. At the other end in a frantic last 10 minutes Hudson made a great save in a one on one situation and also tipped a shot from a tight angle onto the face of the bar.

The defining moment came four minutes from time when an Oldham forward produced an excellent glancing header which came back off the inside of the post and into Hudson’s arms.

Following this Prestwich saw out the game with relative comfort to record a very hard won victory.

Next up for Prestwich is a tough trip to Old Blackburnians who are on a four game unbeaten run. The game is a 2.30pm KO on 12/10/19 at The Memorial Ground. 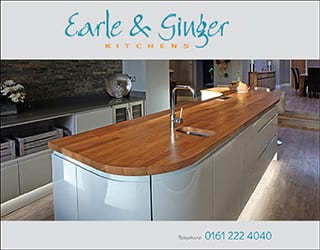