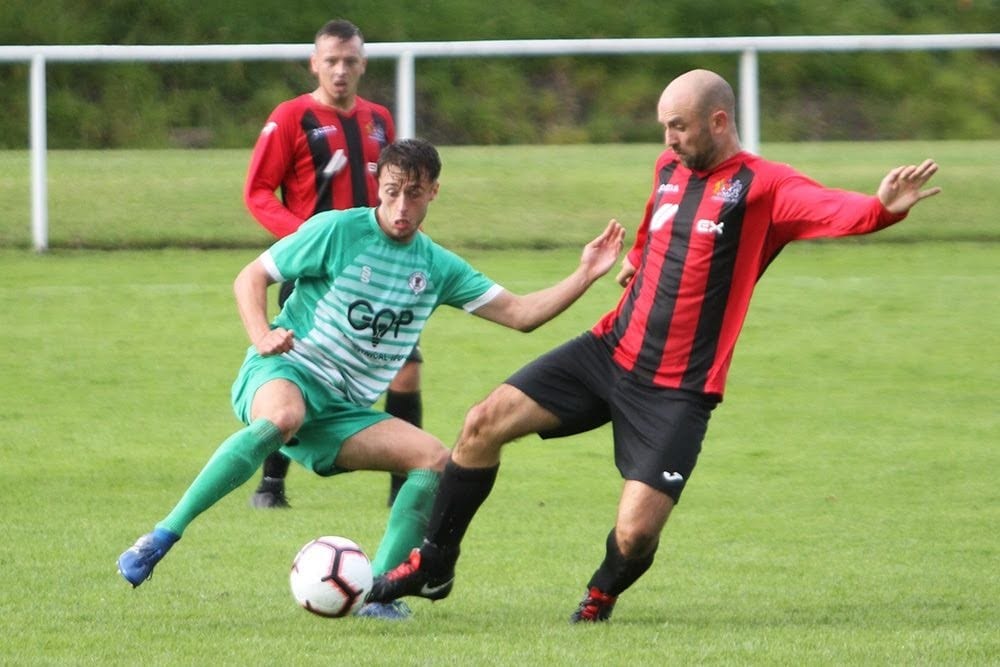 Champions Whitworth ended up worthy winners at Hopwood Hall after what had been a highly competitive league clash during the opening hour.

Prestwich started brightly despite losing two players from the anticipated starting XI before kick off, but were competitive and winning the lions share of the physical battle early on.

Chances followed, Haslam was unable to convert a one on one on his left side and Prestwich were causing problems via Tom Gibson’s long throw ins.

Hill and Neary on the flanks were also causing problems but the home side failed to convert on a couple of more occasions when getting into the channels.

At the other end Whitworth had a speculative effort hit the crossbar and saw plenty of the ball with their talented midfield. The two sides went in level at the break which was a fair reflection of the first period.

Prestwich again started well in the second half but in the 49th minute disaster struck as Tito Miguel’s normally assured first touch deserted him, leaving the Whitworth forward clean through on Hudson. Hudson stood up well and saved the initial effort only for it to fall kindly to the Whitworth forward for a rebound tap in.

In what had been a tight game in poor conditions the first goal was always going to be critical and so it proved, although Prestwich initially responded well and had a glaring opportunity to level the proceedings after Pragnell squared for Neary but his drive was cleared off the line.

In the 67th minute it was game over as Whitworth drilled home from 20 yards with a superb finish but Prestwich were guilty of leaving the player free at the edge of the box from the pull back.

For the remainder of the game, Whitworth’s youthfulness exposed an ageing Prestwich and the league champions ran out 4-0 winners as Prestwich opened up to try and get back in the game.

Prestwich now face a 10 game battle for top flight survival. They have no games left against the existing top three so every game will present a realistic chance of claiming points.

Spirits are low on the back of three tough defeats but Prestwich must respond next week at Valley United.