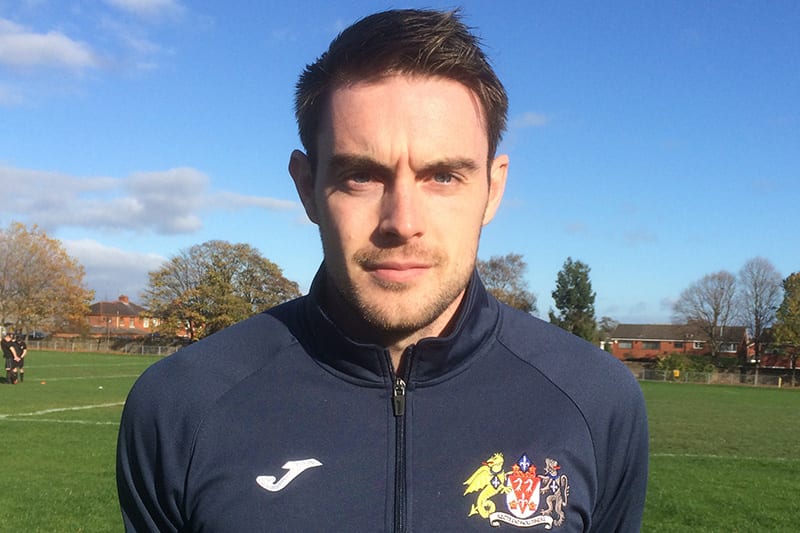 Prestwich banished their recent troubles with a devastating performance in Accrington.

The away side fielded their strongest 14 of the season, boosted by new additions Hamza Abuzour and Mark Collins, with the side also welcoming back veteran organiser Barrie Campbell and pacey wide man Tibor Gabovda.

After a cagey opening, Prestwich took the lead on the 12th minute mark when Accrington failed to handle Steadman’s presence at a corner, his header trickled in of Callum Pragnell who was credited with the goal.

Both sides were enjoying decent periods of possession but it was Prestwich who were the more threatening.

Just before the half hour Prestwich doubled their lead with a moment of individual brilliance by Sean Haslam. Prestwich’s number 9 firstly pulled down a long pass out of the sky effortlessly, dribbled to his left and lofted a finish over the keeper from around 25 yards. The Valley number one had been caught out of position by the swift counter and the improbable execution.

Into the second half now and a rally from Valley. Prestwich came out of the blocks slowly and were punished in the 50th minute when Valley sliced through an exposed Prestwich defence to get back into the battle.

Prestwich then endured a difficult ten minutes and were largely pinned back by an energised Valley.

Enter Mike Neary, exploding out of defence for Prestwich launching a rapid counter attack in exchange with Gabovda. Neary’s cross was fumbled by the keeper and tapped home by Haslam who was on the spot for his second.

This effectively ended the contest, Haslam completed a magnificent hat trick in the 71st minute finishing from an acute angle having been played through by the magnificent Neary.

With Abuzour causing no end of problems now in a more central number ten role, it was no surprise when Haslam returned the favour for the speedy Neary, to round off the scoring on the 79th minute.