UNDER 9S ON CLOUD NINE 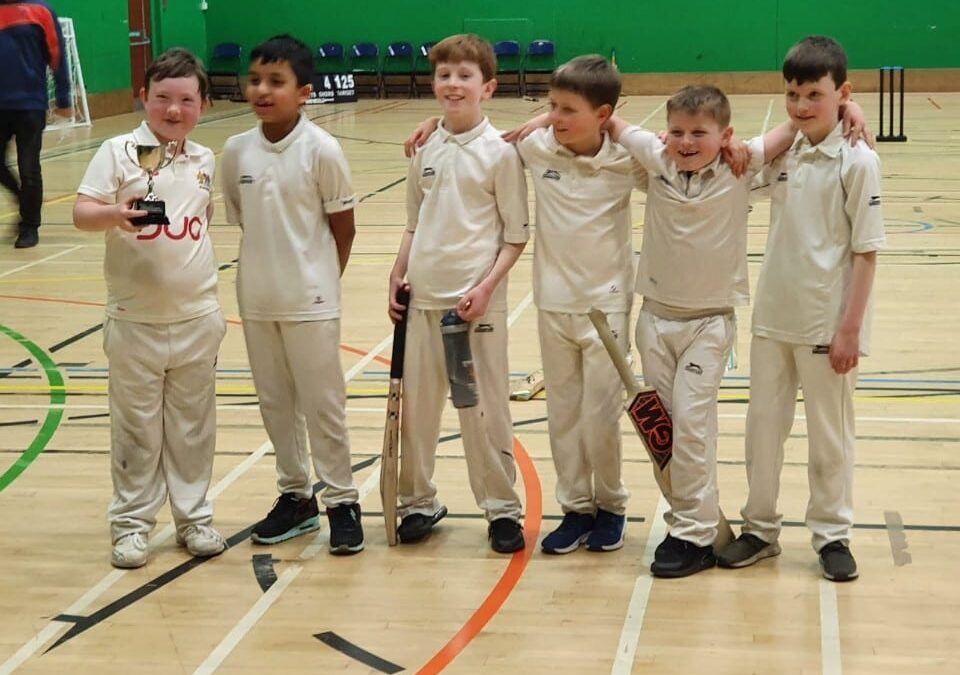 Prestwich CC have secured their first cricket trophy of the year already – after their Under 9 team won the Bury Under 9 indoor tournament.
Staged on Sunday, just a day prior to the Coronavirus clampdown, the Under 9s competed in the indoor competition at Bury’s Castle Leisure Centre and won all 4 games to lift the cup.
After defeating Bury and Elton Fold in the group stages, they won a close-fought semi-final against Ramsbottom, before a similarly thrilling encounter with Greenmount in the final – winning by 7 runs.
It is the 2nd time the club has won the competition since its inception three years ago, winning in 2017 and finishing runners-up last year.
The team was managed by Pete Staley and consisted of:
Oliver Staley, Sami Khan, Fin Goodwin, Noah Martin, Max Hunt and Louie Wain.
The games were played in an excellent spirit, and thanks goes to organiser Phil Croft, from Ramsbottom CC, and Geoff Hall, from Elton CC, for their work in staging the event