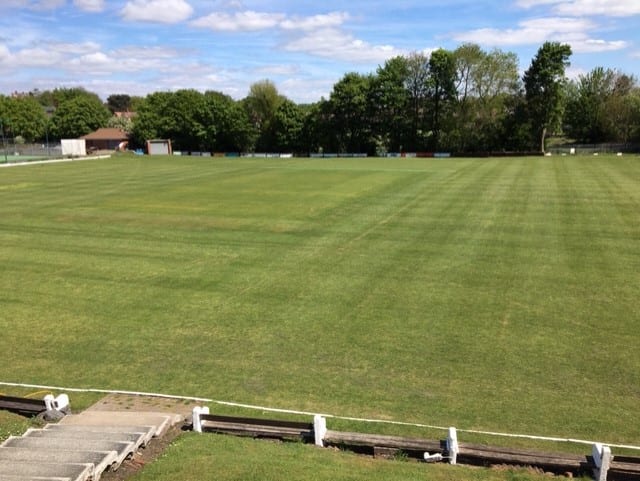 This weekend would have marked one month into the new GMCL season.
The 1sts would have been making new friends by welcoming Heyside to The Heys for the first time yesterday. Indeed, they would have already met another of the premier division newcomers with a visit to Glodwick on the first day of the season.
However, it would not have been their first visit to Glodwick – that was for a Lancs Cup tie in 2016 which Prestwich narrowly won, thanks to a century from Mike Hudson and 4 for 48 from Andy Bradley
The 2nd team would have been dipping their toes at their highest-ever level following last season’s promotion, facing exclusively other 1st XI sides. They would have made the relatively short journey to play Winton yesterday.
Today, the 3rd XI would have been hosting their good friends from Bury in the Sunday Premier League.
Let’s hope it won’t be long before cricketing acquaintances can be forged and renewed.

Flicking back the cricketing pages to this corresponding weekend 34 years ago, we have unearthed an article from the Prestwich & Whitefield Guide where the scribe turns the potential drabness and frustration of an inconclusive rain-affected match – at Denton West on May 17, 1986 – into a most entertaining read.
The match report and the scorecard follow:

“A league title, any cricketing sage will no doubt tell you, hinges on a great many contingencies. An umpire’s decision given here, not given there; good players performing at the right time and a large slice of that intangible quality known as luck.
Oh, I almost forgot, the weather invariably has something of a bearing too, and last Saturday’s trip to muggy Denton West boasted all of these ingredients.
Persistent rain throughout the week meant that the wicket wasn’t quite up to scratch. Infact, all it lacked was several sheaves of corn and a couple of cows, and working on the premise that things could only get worse, Lorenzini won the toss and elected to bat.
The air was soon heavy with rain and the rapid buckling and unbuckling of pads. Pothan committed suicide in no-man’s land, having called for, shall we say, a questionable run. O’Rourke looked firmly entrenched but played on and it looks as though somebody up there doesn’t like him at the moment. Lorenzini’s lean spell continues and O’Brien received a virtually unplayable shooter: 36-4.
So it was left to the men who have propped up the early season batting and like good wine, Gethin and Birtwistle get better with age, For the second week in succession, the former placed the ball with all the credentials of a grandmaster playing chess. Who could possibly quibble with a stoical 53 which encompassed seven fours and one six and steered HMS Prestwich through stormy seas?
Birtwistle’s development differs slightly. From being a good social member, he has gradually emerged into a very good cricketer and is now a pillar of strength in the side. When he gets hold of a bowler, you cannot help but wonder what the poor soul has done to deserve it. So an all-out total of 129 and something that resembled a score to defend in the second half.
Lewis and Blackman have become a double act of some substance, let me tell you, and once again the deadly duo struck, claiming all nine wickets to fall.
The re-introduction of Wright and Orrell led to a renaissance in the field and the difference was really striking. Gethin clung onto two catches, was bested by McFarlane who pouched three, and the display in general was superlative.
The only thing that could have upstaged our insuperable triumvirate of Lewis, Gethin and Birtwistle was, yes you guessed it, the weather. Due to two interruptions, the game had to be completed one way or the other by eight o’clock or the spoils would be shared by both parties. Prestwich could hog only the nine wickets and were so deprived of three more points.
If you now return to the introductory paragraph, and re-read it, you’ll see how it all rings true.
* Two statistical milestones were achieved during this game: the recording of Lewis’s 250th wicket and Blackman’s 100th wicket for Prestwich.