LET’S WALK ON OUR HALLOWED STEPS 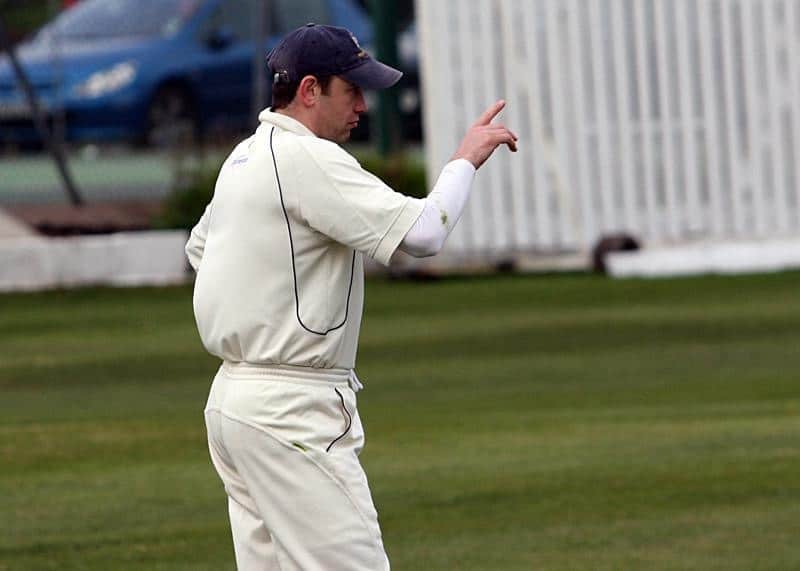 Current or past player: Well past

What sparked your interest in cricket:
Living next door to Cheetham Hill Cricket club, I wanted to know why people were shouting on the pitch one Saturday afternoon, of course it was the cries of bowlers begging for LBs.

Do you prefer the T20, 50-over, county or Test format of the game:
Test Cricket, the purest form of the game.

Cricketing hero:
I was mesmerised by watching Terry Alderman as a kid and how he hit the spot every time, usually at England’s cost.

Favourite current (professional) player: Ben Stokes, something special about him.

Most admired/best player you have played with:
I’m basing this on my playing time at the club, I came to Prestwich late in my career but really enjoyed playing with Jon O’Connor, a true club man.

Favourite away ground:
Lytham St Anne’s when I played in Manchester Association, what a great weekend away! Glossop a great ground to play at too

Favourite/most memorable match you’ve played in:
Playing my final game (at the time) away at Dukinfield, Pete Lorenzini throwing me the ball to open up and bowl 25 overs through.

Personal highlight/champagne moment:
Putting on 130 odd with a very young James Wharmby at Irlam in the Cup. Great to see young Gibbo, Jimmy and Sam Holden coming through into the 2s that season.

Funniest moment/s in cricket:
Pete Lorenzini walking out without a bat at Glossop in a 2s game, never seen anything like it!

Best way to relax after the game: Always beers back at the club.

Do/did you have any cricketing superstitions:
After I broke my left arm on the pitch in 2009 (BL nearly broke my other after seeing the ambulance ride across the outfield) I always kissed my fingers and touched the PCC grass when we ran out to field as some kind of luck charm. Madness!!

What will you miss most in cricket during this enforced break:
Being at the club on a Saturday between 5/6pm when games are close and coming to a close. There’s always a good crowd gathered on the balcony, the tables filled with San Miguel glasses and everyone’s focused on the outcome of the game, a real mix of tension and a super atmosphere.

Is there anything you’d change about the game:
I’d ban batsmen walking down and up the steps in the corner of the ground at the club. All players should walk up and down the main steps. I think it’s cricket etiquette.

If you could invite 3 cricketing celebrities (players, presenters, commentators) round for dinner, who would they be and why:
David Gower, smooth as silk, David Lloyd – Mr Cricket comedy, and Merv Hughes – just talk about that tash!