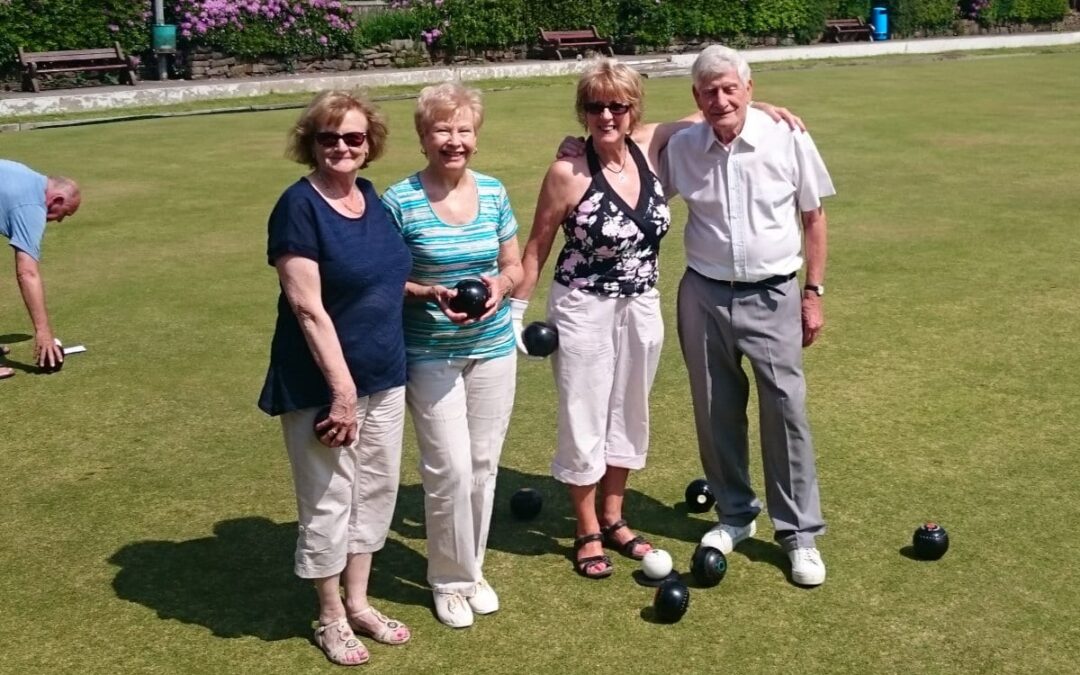 It is with great sadness that we announce that John passed away last weekend at the grand old age of 92.

John was a perfect gentleman who always had time for everybody and one was one the nicest guys I ever met. He was a passionate member of our Bowling Vets team and a former committee member.

The attached photograph shows John and other members on one of their frequent trips out.

Over the last few years I have sat and watched with interest his regular private but very competitive games with his great mate Eddie Wallace. In addition to the regular Vets matches they often practised together too. I was only talking with John Steenson on Monday about the many happy memories he had with John at work over 40 years ago.

John was a massive Manchester City fan (something else he shared with Eddie and of course myself) and we regularly debated the finer points of the game. He was a season ticket holder until this last season which really shows his total commitment to his favourite club. Next time I am there John I will look up and check you are watching!

Everybody at PCTBC send their sincere condolences to John’s family and friends.

Rest in peace John you will never be forgotten at your club.