DID YOU KNOW WHO TOOK MICHAEL ATHERTON’S SCALP? 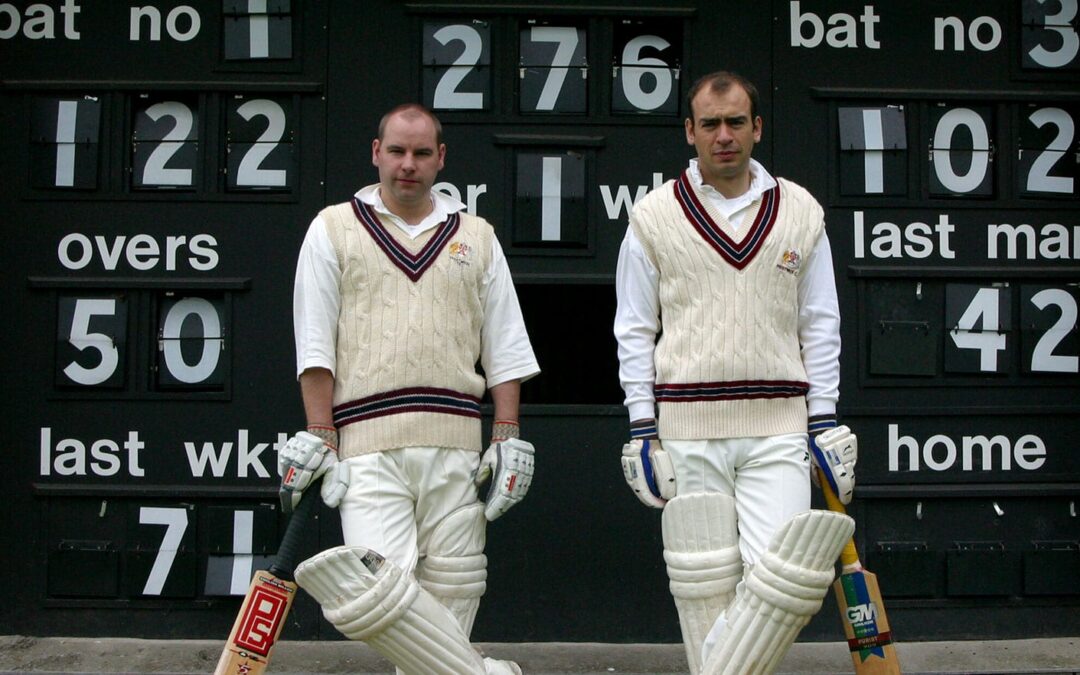 The photo (from June 19 article) shows a celebration from 1st team players when they played Glossop on June 19, 2004.
What had just happened?

b. Chris Humphreys ran out the last Glossop batsman with a direct throw form the boundary to win by 1 run.

c. Catch by Paul Mercer off Andy Bradley’s 5th ball of the final over to win the match and take all five points.

d. Paul Mercer had just offered to get a round of drinks in.

c. Glossop pro Damien Eyre pulled the ball into Paul Mercer’s hands at square leg. Prestwich won the game to extend their lead at the top of the league to 7 points.

On August 18th, 1984, Woodhouses 1sts were the visitors to Prestwich for whom the future England captain Michael Atherton opened the batting. Who had him lbw for 23?

On September 2nd 2012, what significant milestone did Andy Bradley reach whilst playing against Stretford?

c. He took the final wicket of the match and Prestwich were crowned league champions.

d. Bradders started the game level on wickets with Bob and took four more in the victory over Stretford – which clinched the league title for the second year running.

Playing Glossop 2nds at home on 14th May, 2005, Jon O’Connor and John Fiorentini both had a major impact on the game. What was it?

a. Arguably regarded as part-time bowlers, they both took 2 wickets each to help claw victory from the jaws of defeat.

b. They both took 4 catches each in the game.

c. They both scored unbeaten centuries in an unbroken second wicket stand of 205.

d. Both scored half centuries and fell in consecutive balls to lbw decisions. John Fiorentini was so slow walking from the field that when Jon O’Connor was out the very next delivery, he overtook him on the way back to the changing room.

c. (Pictured above) Jon O’Connor scored 122 not out and John Fiorentini 102 not out to help win the game.

During the 2008 season, which player from any of the 3 senior sides topped the Prestwich batting table with an average of 52.55?

John Fiorentini was 2nd and David Taylor 3rd in the club averages.