FIRST TEAM RUN FEAST ON THIS DAY IN 1983 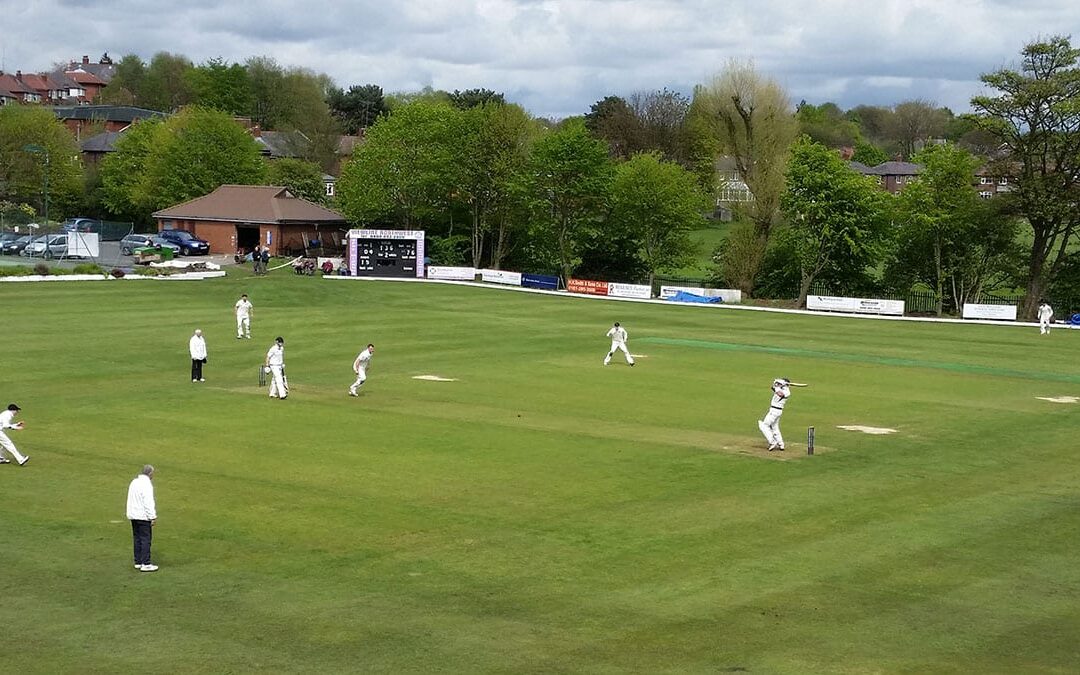 Exactly 37 years ago today, Prestwich 1sts were peppering the boundary boards in a high-scoring victory over East Lancs.
Featuring in the opposing side was the highly talented Andy Goram, who went on to become Rangers and Scotland goalkeeper.
The following report appeared in the Prestwich & Whitefield Guide:

“For the second week running, Prestwich amassed a large total. This time they defended it successfully against East Lancs, to win by 46 runs.
Gethin and Lorenzini provided the base of the innings, while McFarlane blasted 50 in seven overs at the end.
Prestwich got off to a disastrous start. Gethin had already been missed by the wicketkeeper, and with the score on six, Mooney attempted to hook a short delivery and gloved the ball to square leg.
Next ball, Wright edged the ball to the wicketkeeper, who took an excellent diving catch.
Gethin and Lorenzini then battled to rebuild the innings. Gethin, continuing his fine form, played with customary aggression, and fell just two short of his half century as he endeavoured to force the pace.
Lorenzini reproduced his form of last year and was the mainstay of the innings. He batted very sensibly on the lively pitch, latching onto any wayward deliveries.
Morgan hit a fluent 35 as Prestwich now went after the runs and Lorenzini’s responsible innings of 67 was ended when Slinger took a good return catch.
McFarlane then proceeded to take advantage of the short boundary and gave the bowlers a severe caning.
He reached 50 with a straight six off the last ball of the innings and his swashbuckling knock contained 4 sixes and 4 fours.
Wilcock and Newton opened the Prestwich bowling and both kept it tight. Wilcock struck in his third over when he got a bit of extra lift and Lorenzini took a comfortable catch behind the wicket to dismiss Moore.
Wilcock then took the vital wicket of Goram caught by McFarlane.
East Lancs put together a useful stand of 53 for the third wicket, of which Alleyne had scored 43. John Hodgkiss then swooped to take three quick wickets for the addition of only five runs.
At 79 for 5, East Lancs looked dead and buried but they rallied to reach 189 for 7, although they never looked like threatening the Prestwich target.
Kirkham proved to be their outstanding batsman with a spritely 73 not out.
It was a pleasing performance for Prestwich. Wilcock put in his best stint of the season, despite receiving a knock on the knee.
Lorenzini had to leave the field with an injured back and was replaced as wicketkeeper by the eager Mooney, who demonstrated why Lorenzini is the regular wicketkeeper and not him.