HIGHLIGHTS ON THIS DAY OVER THE PAST 10 YEARS 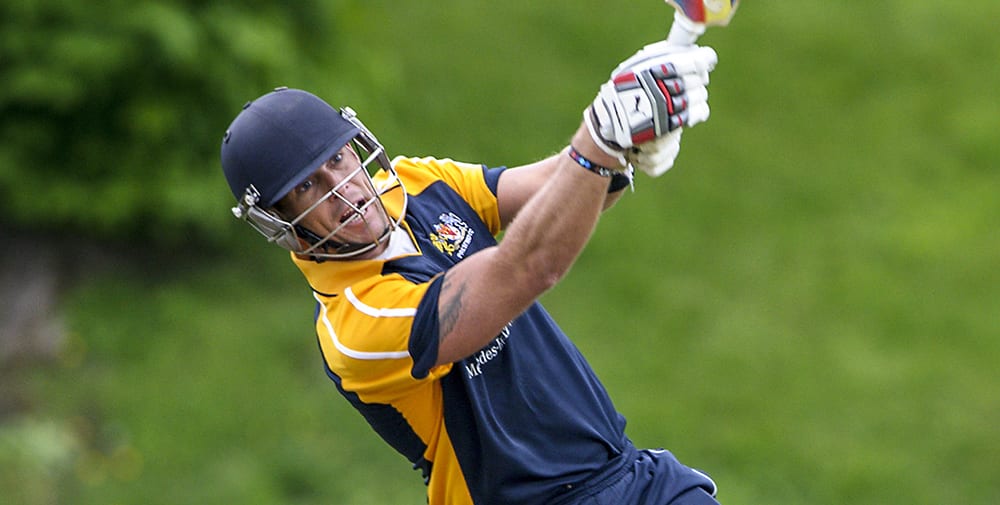 The first team were due to make the short trip to Roe Green today.
Best Prestwich performances at their Greenleach Lane ground are Ryan Stanbury’s 140 not out in a T20 game last year, while former pro Amal Dalugoda is top of the bowling charts with an amazing return of 7 for 5 in 2009.
Our second team would have been re-igniting an old derby fixture by welcoming Unsworth 1sts to The Heys today.

Notable displays on this day in the past 10 years are:

2016 – Marty Walters (pictured) stroked 112 not out in the cup – but the 1st XI lost when rain forced a bowlout in which Heywood hit the stumps SIX times. Conversely, the 2nd XI managed to beat Greenmount in a bowlout.

2014 – An unbeaten fifth wicket partnership of 110 between Nathan Bailey (61 not out ) and Oli Holt (41 not out) helped the 2nd XI overhaul Flowery Field’s total of 206. Alex Spender and Nick Carter both took 4 wickets each.

2010 – David Taylor struck an unbeaten 93 and Jon O’Connor hit 67 in the 2nd XI’s eight-wicket triumph over Dukinfield 2nds after John Walters had taken 5 for 54.