THE BOWLS SECTION: STILL ON A ROLL…… 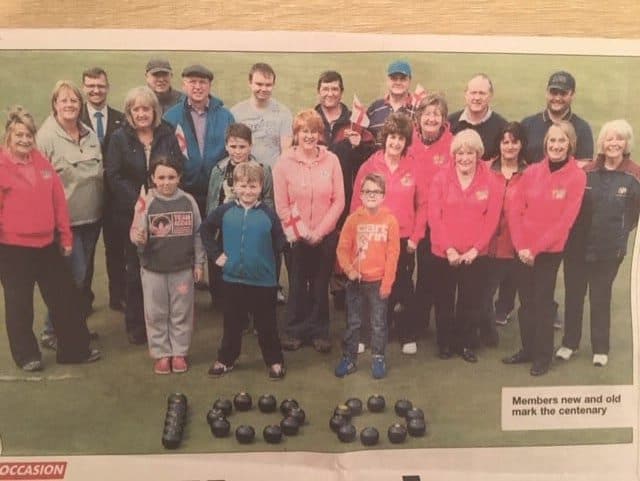 In the second part of our lookback into the history of the bowls section, we pick out 10 landmark and notable moments which culminated in 2014 with the celebration of its 100th anniversary:

A proposal was put before the bowling AGM in 1922 to allow ladies to bowl – but there was no seconder. However, a further proposal was tabled the following year and was passed – providing ladies joined as social members (not bowling members), and only played in the afternoons and not weekends or holiday times.

In 1932, bowling member Mr Churchward donated a trophy for the handicap competition which became a regular event into this Millenium.

The first Open competition, where other clubs were invited, took place in 1934 with plenty of prizes on offer, such as a set of woods, umbrella, leather wallet, fountain pen and money.

To celebrate the coronation in 1937, a bowling competition was held and Mr Casson presented the trophy. The Casson that is played for today was presented to the club in 1970 and was won by Audrey Godbert.

During the war in 1942, the club retained possession of the bowling green and tennis courts by friendly arrangement, but the Royal Army Pay Corps requisitioned the cricket and football grounds.

In 1971, a proposal was put forward for the club to join the Prestwich bowling league. It also meant the purchase of new jacks as they were sent for testing and found to be completely worn out and dated back to pre-1916. In the same year, a wooden extension with a perspex roof was built – facing the bowling green – at a cost of £300 where all the jacks and woods were subsequently stored.

Concern was raised in November 1972 about the condition of the green, due to fungal disease, dollar spot, creeping moss, excessive clover growth and heavy worm infestation. Treatment was applied but it was not until 1974 that it started to have a noticeable effect.

Several club members were involved in discussions and the formation of the Prestwich and Whitefield Ladies Bowling League in 1983.

Floodlights were erected in 1987 which helped to extend the bowling season, and allow floodlit competitions to be organised.

2014 heralded the centenary year of the bowling section and a commemorative competition was held on May 10, in which some of the players dressed in attire similar to that worn in 1914. Pictured above is the photograph taken on the day of many members who took part.