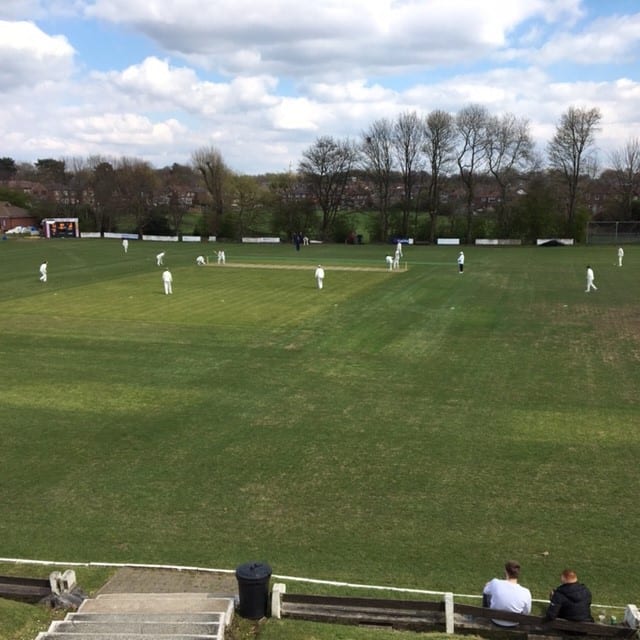 One win, one draw, one loss.

Couldn’t have been a more even-handed start to the first weekend of competitive games for our senior teams after the Covid19-induced sporting ban.

Old foes were reacquainted when the 1st XI travelled to Stand last Saturday, enjoyed by a good local crowd, resulting in a tie after a dramatic finale.

A last over maiden bowled by Danny Pawson meant the 40-over scores of 124 were identical and gave the scriptwriter his ideal ending. Cricket really was the winner.
For this was as much about playing and watching a competitive game of cricket than the result.

Haris Aziz top scored for Prestwich with a gritty 39, supported by Jack Doyle (16), Tom Gibson (13) and a fine 23 from Luke Prescott at the end of the innings.

Stand pro Chris Williams took 3 for 19 from 10 overs and then hit 51. Pawson finished with 3 for 21 and Scott and Bailey (not the drama series) took 2 wickets each.

Prestwich 2nds found the Friarmere 1st XI pro Iftikhar Ahmed in big-hitting form as he struck 84 in 48 balls, including 8 sixes. The visitors set a target of 193 for 9 but Prestwich fell comfortably short, despite 35 from Sean Flegg and 25 from Lewis Jarvis to add to his 3 wickets.

The 3rd XI recorded a marvellous battling win in a low-scoring thriller at Daisy Hill on Sunday.

Anees Arif provided the fireworks with a quickfire 17 not out to propel the side over the finishing line, but it was teenage opener Finlay Lester who lit the touchpaper, sticking to his task despite seeing his side tumble to 16 for 6, and finished on a superbly unbeaten 30.