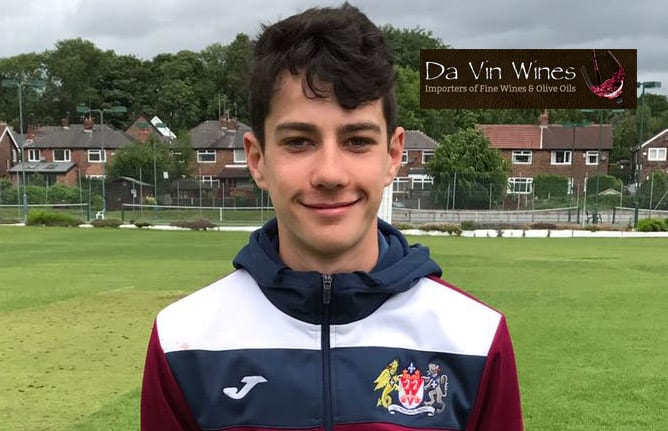 The weather was red-hot – and so were Prestwich last weekend.

Yet despite a weekend to savour, it was not all plain sailing.

The 1sts faced top-of-the table Clifton last Saturday already missing the injured James Wharmby, and prior to the game, Danny Pawson was a late withdrawal due to a hand injury.

That meant Jack Doyle was hauled back from Denton where the 2nds were due to play, and the 19-year-old played a defining role in the game.

After Haris Aziz (34), Marty Walters (33) and Sam Holden (21) failed to build on their good starts, Doyle joined sub pro Sachithra Serasinghe at the wicket with the scoreboard showing 133 for 5 and the game finely balanced. However, the odds swung in Prestwich’s favour as the pair took the score to 224 for 6 before Serasinghe was dismissed for an excellent 72. Doyle linked up with Tom Gibson who made a quick 25 not out before Doyle’s 71-ball stay was ended for a superbly-crafted 56.

Nathan Bailey then stepped forward to bring Clifton crashing down, taking 6 for 42, as the visitors were bundled out for 68, Serasinghe also taking 3 for 8. This marked Bailey’s fifth five-wicket haul for the team, and the remaining wicket claimed by Stanbury took him to a Prestwich career total of 300 wickets.

The following day, the 1sts racked up 305 for 5 in the Derek Kay Cup semi-final at Moorside where sub pro Ashgar Zaidi took centre stage with a stunning 128 off 78 balls, including 15 fours and 6 sixes. He provided the late impetus with Holden (35 not out), whose partnership of 111 runs was made in a mere 5.4 overs.

Earlier, Aziz (43) and Walters (35) had got the side off to a solid start, followed on by Pawson (25) and Ryan Stanbury (19) before the Zaidi fireworks were unleashed.

Jurie Snyman cracked 94 in Moorside’s reply but they were dismissed for 164, Zaidi returning 3 for 28, and braces for Andy Bradley, Ryan Stanbury, and Alex Taylor.

The only setback for the 1sts came in their guise as Prestwich Heat in the T20 quarter-final at home to Egerton Earthquakes last Friday. The visitors made a shuddering 217 for 3 in their 20 overs. With Stanbury absent, and Pawson (first delivery of the innings) and Holden both dismissed for ducks, Heat could have wilted.

But a 2nd wicket partnership of 159 between Wharmby and Walters raised hopes of a spectacular victory. Wharmby smashed a brilliant 104, but in doing so injured his leg. Walters departed for 66 leaving Prestwich vanquished but valiant, 23 runs short of the victory target. Wharmby’s ton took him past 700 runs for the season.

At 73 for 5 (Cameron Mapstone 36), Prestwich were dicing with defeat but Daniel Ahern rolled up to the crease and fired 82 to take his side to the verge of victory, accompanied by an unbeaten 56 from Jarvis, to win by 4 wickets.

The first game ever played by a Prestwich 5th team saw them travel to Saddleworth 3rds. The hosts made 198 for 4 but Prestwich could only manage 114 in reply, Anis Khaliq making 36 and Tim Compton 21.