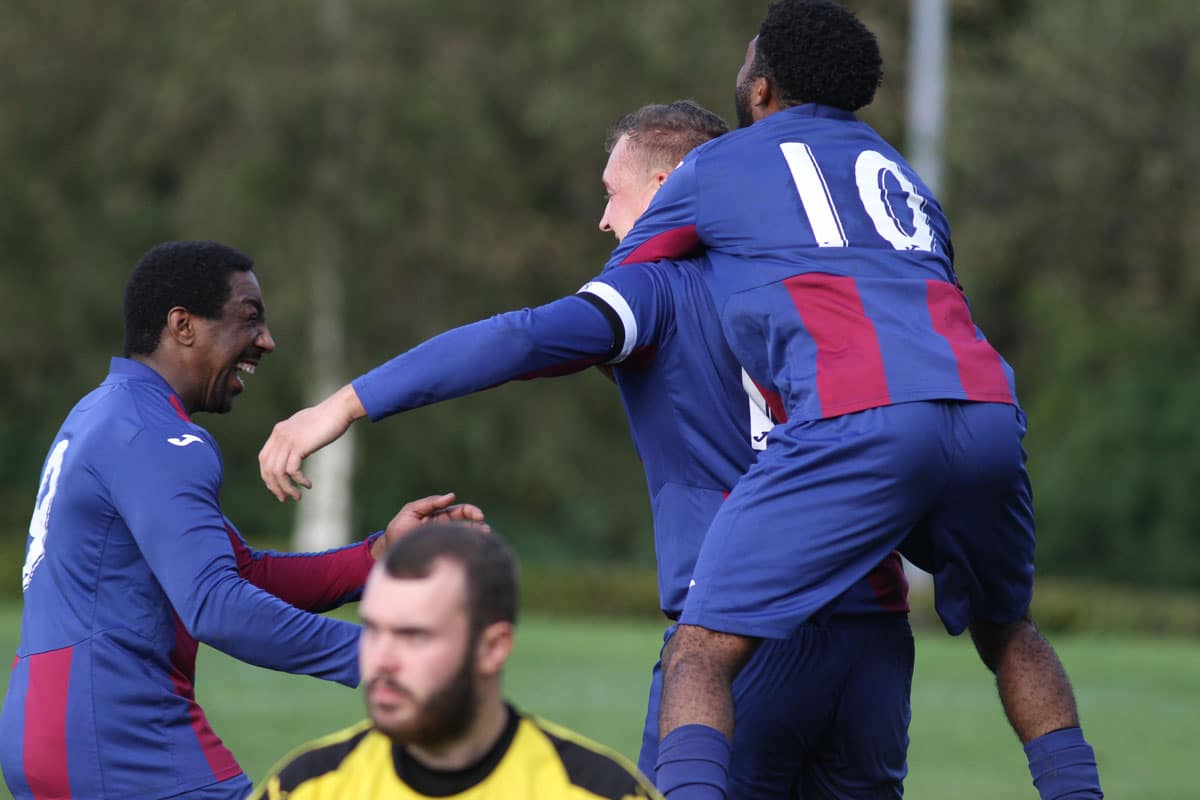 For the first time in weeks the Prestwich management team saw signs of an improving situation when nineteen players attended training.

However, there still needed to be five changes to last weeks team and Prestwich had only thirteen names on the team sheet to face Little Lever. Added to this the whole management team were absent this week, the gap was filled by Michael Neary still in recovery from his broken leg, sustained last April.

That aside it was a relatively strong side that took the field but in the early stages it was obvious that they were unused to playing together as an energetic Lever side dominated the first 20 minutes or so.

During this period, they created a host of chances and Michael Hudson in goal was called upon to make 3 excellent saves, the pick of which was from a superbly hit free kick on 17 minutes that he pushed round the post at full stretch.

Shortly after another attack saw a Lever player turn on the edge of the box and hit a great effort towards the far post but it bent away for a goal-kick.

Prestwich slowly fought their way into the game and created a few chances of their own. First a Kieran Lester shot from inside the box was cleared off the line and later Stephen Charles was found 18 yards out, his initial shot was saved by the keeper’s legs, then he hit the rebound wide of the post.

Prestwich also posed a threat from several corners which found the head of Barrie Campbell, but he was unable to direct any goal-ward. Lever also continued to pose a threat with their number 10 driving them forward, several half chances came and went as they were finding it hard to pierce the Prestwich rear guard.

Half time arrived with the game still scoreless, but Prestwich were perhaps the happier team to go in level.

A switch in formation by Prestwich at the start of the second half altered the pattern of the game. Sam Holden had replaced Dillan White on 37 minutes after he took a knock, and when Campbell had to leave the field with an injury on 54 minutes White returned to the fray. This allowed Prestwich to put an extra man in midfield, Tito Miguel went out wide and Charles was left alone up top.

This move stopped Lever’s dominance in midfield and Prestwich started to have more of the game. Despite this it was Lever that took the lead on 66 minutes when their forward found space on the edge of the box and fired a shot into the bottom corner.

Things quickly got worse as on 69 minutes their useful right winger got the better of James Barlow and fired in a low cross that was met at the far post and steered in for their second.

To their credit Prestwich came back immediately and created some pressure on the Lever goal but with no reward. Then on 75 minutes, Miguel, in a more central position won the ball from the centre-half about 30 yards out, saw the keeper off his line and produced a delightful chip to reduce the deficit.

This spurred Prestwich on, they pressed forward, causing the Lever defence some anxious moments before Holden was found on the edge of the box. Using his strength, he got beyond his defender and in on goal to score a close range equalizer on 79 minutes.

The last 10 minutes or so was hectic as both sides sought a winner. Firstly, Charles was sent through on goal only to be stopped by a tackle from behind, but the referee declined what seemed a clear penalty.

Minutes later he was again through on goal and looked odds on to score but under pressure from a defender and the advancing keeper he put his shot wide of the post.

Then in the closing minutes Lever were denied a winner when the number 10 again burst through midfield on a 40-yard run, played in a team-mate who was adjudged offside as he shaped to put the ball in the net.

Overall though it would have been hard on Prestwich if they had lost a second game in a week to a late winner after such a spirited fight back. Again, credit must go to the whole team for the effort and determination displayed, especially after a fragmented start to our season. This result will hopefully signal a change in fortunes and with more players available allow a more stable squad to be fielded in the weeks to come.

Next up is an away game versus Old Blackburnians FC on 23rd October with a 2.30 pm KO at Harrison Fields BB1 8LA.